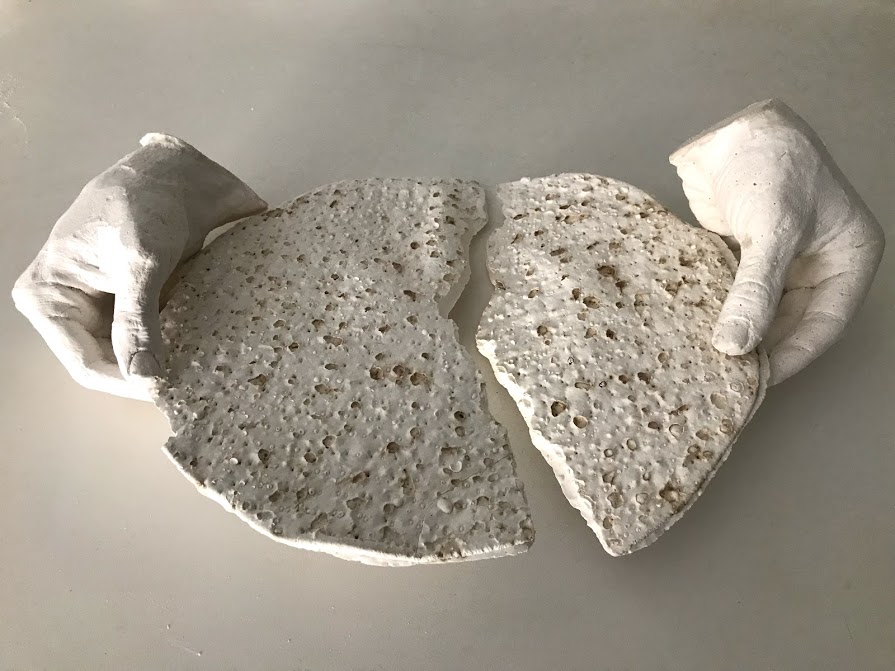 The commandments to clear away chametz, leavened food on the fourteenth of Nissan, to eat matzah, unleavened bread on the first night of Passover, and to tell about the exodus from Egypt on the night of fifteenth of Nissan. During what is The Seder, the order, of the telling of the exodus from Egypt, we break one of 3 matzahs, hiding the larger piece which is then eaten for dessert at the end of the Passover meal. It is one of the most profound images of 'Z-man Chay-ru-say-nu", our holiday commemorating our freedom and the yearly belief that, "Next Year We Will Celebrate in Jerusalem" with the coming of Moshiach, the Messiah. 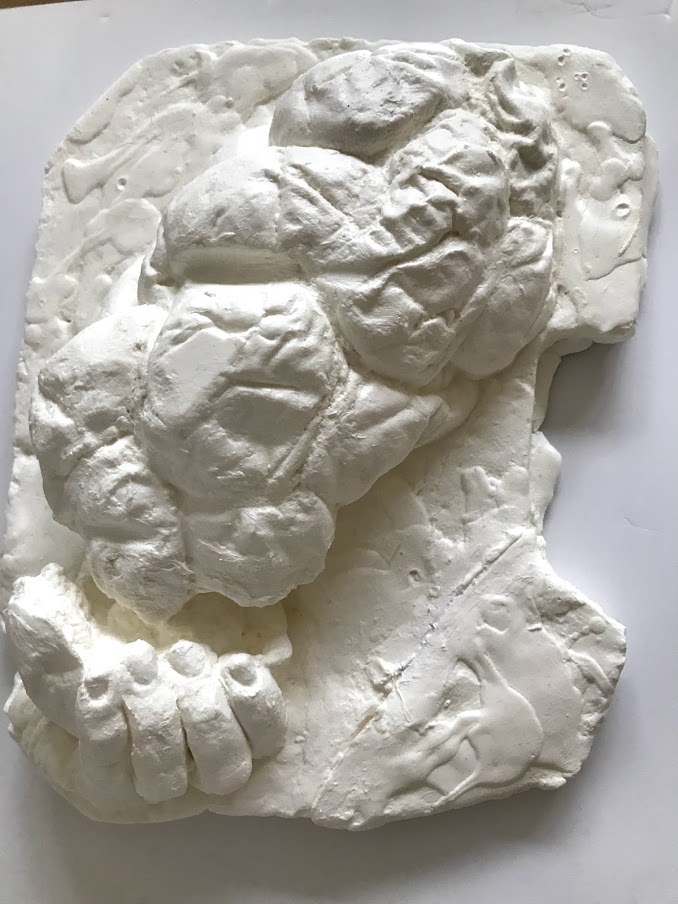 To separate the dough from a batch of dough. Originally the piece of dough separated was given to the Kohen, a descendent of Aaron who served in the temple. In Messianic times, we will reinstate that practice. Until then, we burn that piece before we eat the bread from which it was taken. This reminds us that whatever we are given is not for our use alone. If we have wisdom, good health or money, we are to put them to a Divine purpose. Though this mitzvah was originally given to the woman of the house, it is for every Jew. Upon separating the piece, one says the blessing: "Blessed are You, L‑rd our G‑d, King of the universe, who has sanctified us with His commandments and commanded us to separate challah." see: Chabad.org "The Separation of Challah" 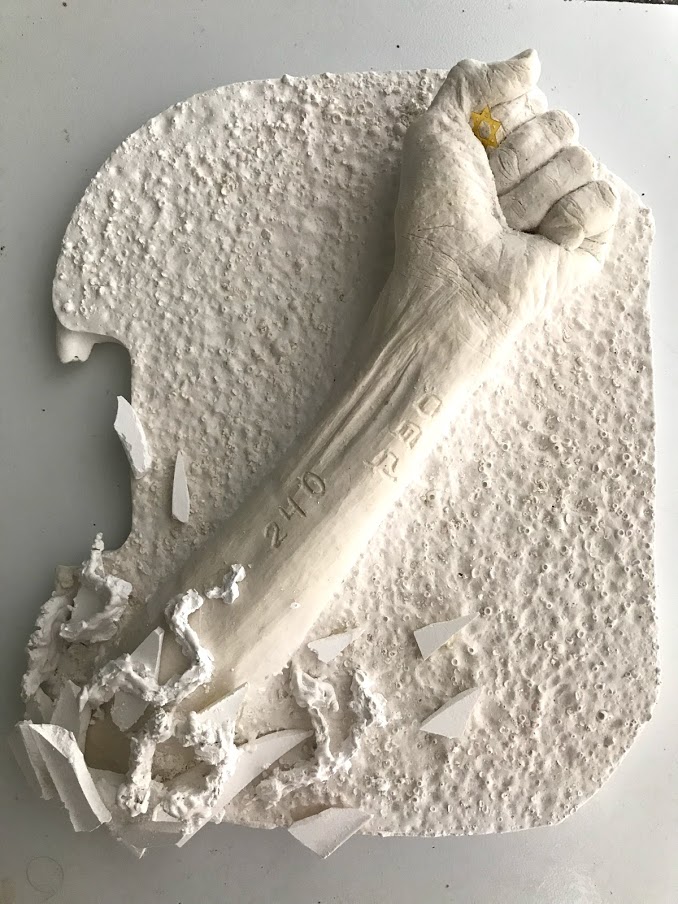 "To Wipe Out the Descendents of Amalek"

We are commanded to wipe out the descendents of Amalek who attacked the weak, frail and elderly of the nation of Israel from behind, as we traveled through the desert. We no longer know who is Amalek. The most barbaric example of such cruelty was experienced in The Holocaust. One may experience doubt as to Hashem watching over during these times of extreme challenge. Doubt iin Hebrew is 'safek', whose Gamatria, numerology, equals 240 which also equals Amalek. The image is of a Holocaust Survivor whose tatoo reads 'safek/240'. Amalek wants to put us in doubt, thus weaken us. 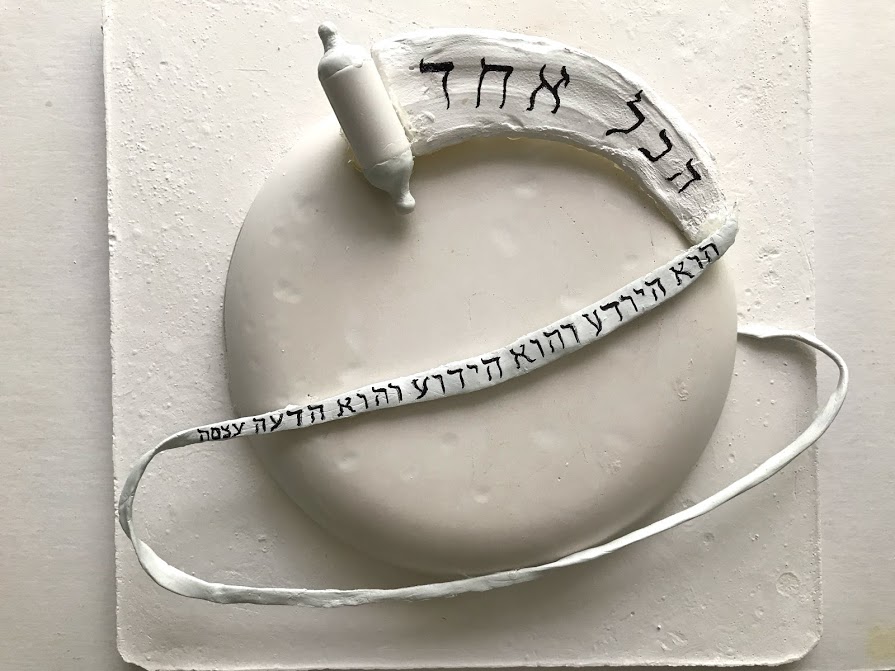 There is One and only One G-d who created the universe. He Was, He Is and He Will Always BE.

We light the Sabbath candles at the most propitious of times when our connection to Hashem is said to be closest and our deepest prayers heard and answered. We are commanded to drink wine and partake in the eating of challah which sanctify the holiness of the Sabbath day. 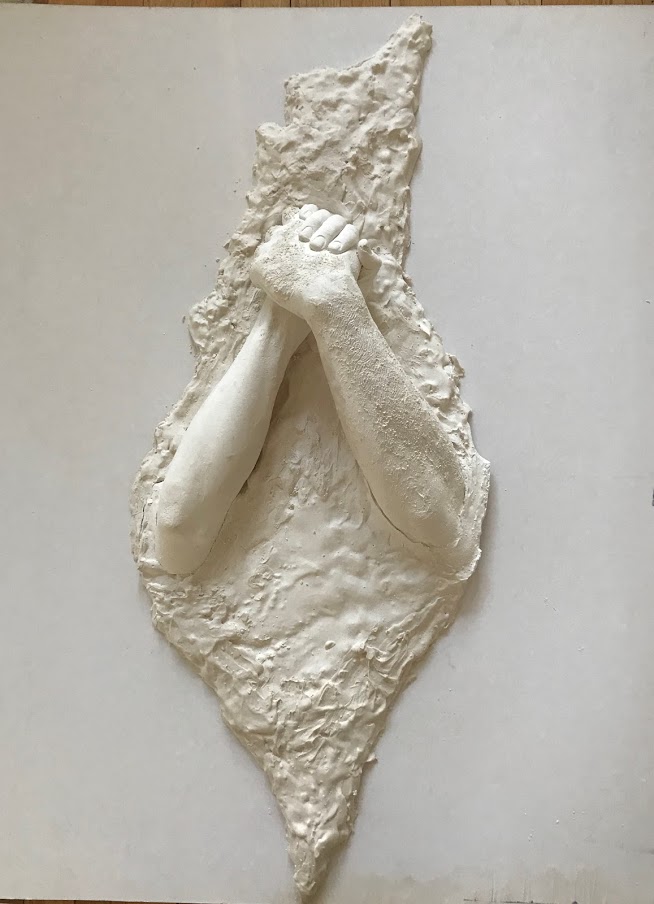 "To Love your friend as you do yourself"

To "love our fellow man as we love ourselves", was stated the summation of the entire Torah, by the sage Hillel, when he responsded to the heathen who requsted he tell the Law while standing before him on one foot. In the town of Tzfat, Israel, is a cemetery of some of Jewish mysticism’s luminaries including the Ari, Rabbi Isaac Luria, who transformed Judaism forever some five hundred years ago. On his grave is written the words he repeated each morning to himself, "v’ahavta l’reicha kamocha". How can we be commanded or even expected to love everyone else as we love ourselves? It is said that the true tzaddik understands that we are each made in G-d's image and that the existence of even the most wicked human being is in accordance with G-d's will. It is our goal, and in our G-d Given capacity to self-sacrifice in the interest of others, as every life is valuable and unique. One must risk his or her life to save another, as an act of piety, as an act of love, as an act of justice. By attaching moral value to each individual, without any distinction between the self and the other, through doing acts of kindness, respect, compassion and empathy,and by putting others before oneself one fulfills this mitzvah. The image chosen is of the brothers Yakov and Eisav, atop the map of Israel. We believe we are in the final days before the coming of Moshiach, The Messiah, when the brothers will unite, and as written in Isaiah, "the wolf will lay down with the lamb". 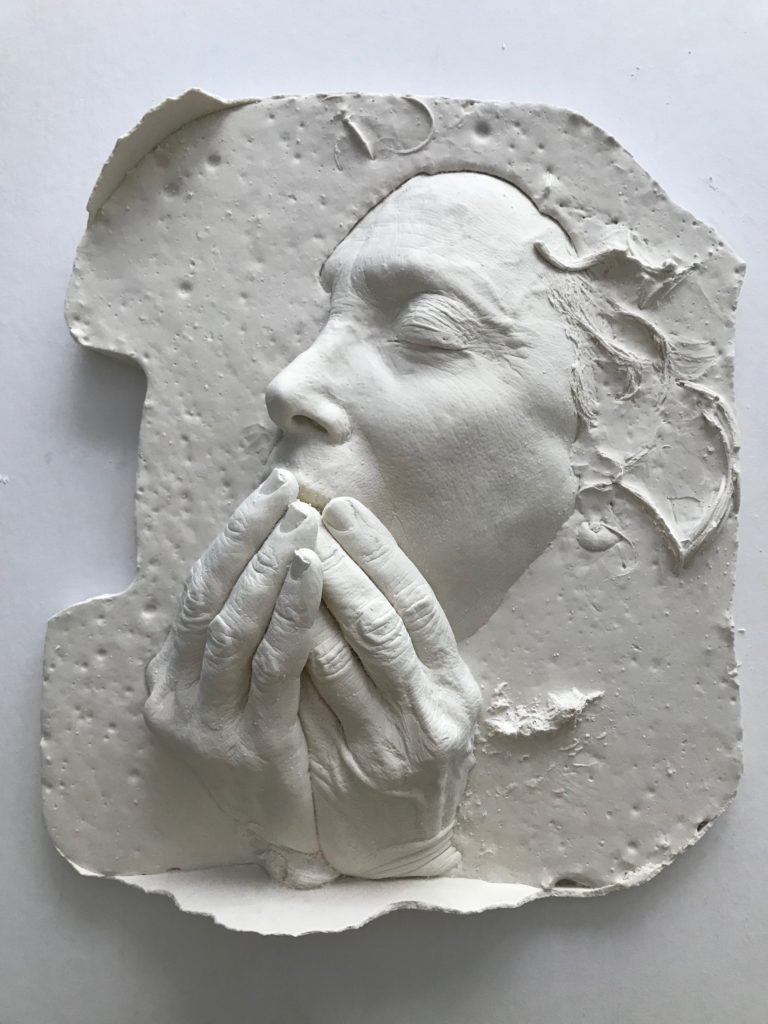 Througout history there have been volumes written and more unwritten but deeply contemplated, regarding the physical and cognizant and the inner meditative and exalted levels of human strivings to achieve the highest levels of love and awe of the Altmighty G-d. It is ultimately through the living and experiencing that one comes to the knowledge, wisdom, understanding and innermost connection to her 'Neshama', Spirit, of each.

Thank you for visiting the Mitzvah Kotel Project.These are sculptures of the positive mitzvot from the Torah. They are the tools G-d gave us not only to survive, but to thrive. Click on any image for a description, and click on the image in the description box to magnify it.